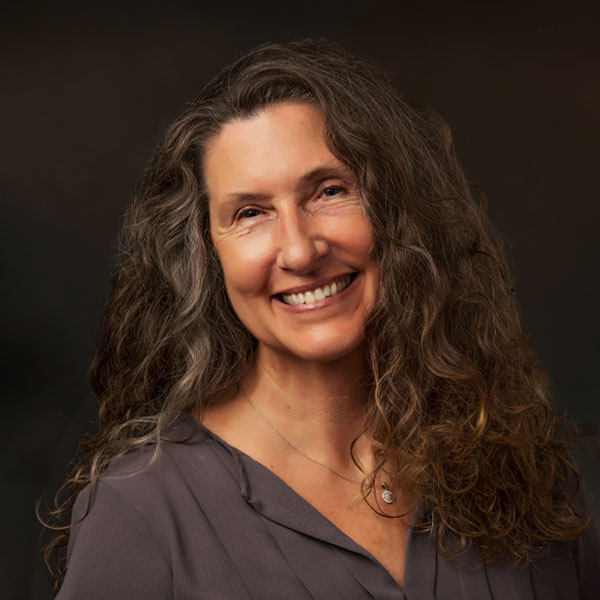 Dr. Caffrey is almost a native of Tucson having moved here when she was five years old. She attended elementary, middle, and high school here as well as graduating from the University of Arizona. Her academic path to neuropsychology was somewhat meandering beginning with a focus on pre-school education, to education for the deaf and hard of hearing, to speech and hearing sciences, and finally to neuropsychology. She was extremely fortunate to have been introduced to Drs. Kathryn Bayles and Alfred Kaszniak early in her undergraduate days and were given to opportunity to participate in a number of research projects focusing on the thinking, language, behavioral, and emotional effects of various types of dementia on individuals suffering from the disease. Thus, starting her lifelong interest in, and commitment to, working with individuals and family members of those dealing with the direct and indirect consequences of neurodegenerative illnesses.

During her graduate school tenure, in addition to her work with individuals with neurodegenerative diseases, she worked at a rehabilitation hospital. During this time, she worked with inpatients, outpatients, and community members who had suffered traumatic brain injuries.

Through her career as a student and a licensed psychologist she has provided services in a number of different settings and with multiple local, state, and federal agencies. She has focused on building her private practice over the years which began as a solo practice and has evolved to her current private outpatient clinic, Southern Arizona Neuropsychology Associates. The building of this practice over time has been very rewarding; she has had the help and support of a number of long-time staff who have been integral every step of the way.

On a more personal note, Dr. Caffrey has pursued many avocations, hobbies, interests, and adventures throughout the years. As a younger adult, she was very active in teaching and performing with various local and regional ballet companies, was a sign language interpreter, and dabbled in tennis. More recently she has taken up sailing and has spent most of her on-water time in the San Juan Islands and up and down the island chain in the Caribbean. She took up knitting during her pandemic downtime and her favorite phrase is now, “just one more row.” When she’s not working, sailing, or knitting she can be found spending time with family. She is fortunate to have her mother in town as well as several of her siblings and their families, her three children, and her four (soon to be five) grandchildren.

Anonymous
SANA Patient
I've seen many doctors in this field. I can only say, if you are afraid or it's a first time experience with this specialty. Rest assured, Dr Belanger is so calm and has so much compassion. Those nerves will disappear and you'll feel comfortable talking about your issue(S). I'm so grateful I found him purly by mistake. I didn't research him first like I do with all doctors. More people need to add reviews for those seeking a good doc. This office won't disappoint. YOU are their priority

Anonymous
SANA Parent
Every time our son has contacted you for help, you have provided it immediately, have given your time generously, and have made every effort to assist him in any way you can. Your professionalism and devotion to your clients is impressive and we consider it most fortunate that it was you who our son found to conduct an evaluation of his ADHD.

Here at Southern Arizona Neuropsychology Associates, we love to hear your feedback.

Leave Us A Review

Want to Refer a Patient?

If you would like to recommend a patient to us, please click below to proceed to our patient referral page.